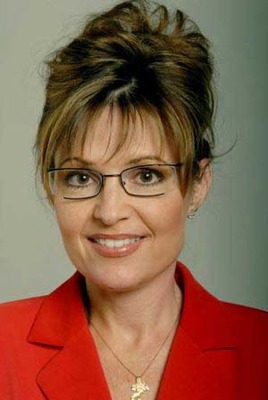 The Republicans in congress are proposing a bill that in effect illegalizes gay marriage. Republican presidential incumbent George Bush is an ardent supporter and the Democratic challenger John Kerry (from Massachusetts) is a reluctant detractor. It's a farce and everybody knows it.

For starters, the bill has zero chance of passing. Politicians are genuinely divided on homosexuality, but everyone AGREES that it should be decided at the state level – just as it's been done since the beginning of time. The issue is absolutely and totally irrelevant at the Federal level.

Regardless, the topic grips the Presidential election. This, despite a healthcare system in shambles, an economy propped up by a self-deluding housing bubble, an ongoing global warming crisis, and a bloody and costly Iraq war. All of sudden John Kerry is a homo-lovin' left wing pinko and George Bush is a gay-bashing right wing nut job.

The farce of course is a calculated political move so established and well documented it has its own name: THE WEDGE

Here's the thing about the general election. Despite all the fancy graphs, polls and ever shifting numbers 90% of voters know who they're voting for a year before election day. When you're two months away from the big show, you're not trying to win over new voters you're trying to make sure that you're guys come out. It's one thing to say "I like so-and-so", and another to actually take a half-day, drive to the poll, wait in line, and fill out the ballot.

The problem with the truly important issues of today are they are too big and too complex for voters (including myself) to understand hence they're hard to get excited about. Wedge issues like gay marriage are black and white. They not only make you want to vote for your guy but all of a sudden it's crystal clear - you have to stop the other guy from getting elected.

Hurricane Ike and Gustav are wreaking havoc on the coast. The economy is in shambles after the collapse of Fannie and Freddie, and the Iraq war rages on. Despite this, Sarah Palin's views on abortion and dinosaurs are making headlines. People seem to care a great deal that her teenage daughter is pregnant.

A lot of people ask me what I think about Ms. Palin. I think she's a political calculation and a genius one. For this I have two reasons.

1. Sara Palin is a gun-toting conservative
The fact that she is a small town, Bible thumpin', pro-lifer is basically the Republican party throwing a hand grenade at the Democrats. I open my Facebook and I see about half a dozen Matt Damon or Tina Fey postings making fun of Sarah Palin. Her appointment has effectively changed the discussion away from the economy and the Iraq war and put it squarely on trivial social issues.

Liberals who smugly mock Palin don't understand how in the world McCain is actually gaining Obama in the polls. Simply put, the more attention liberal outlets like Colbert Report, Facebook, and the New York times editorial department bring to Sarah Palin the more they piss off conservatives.

If you asked me a few months ago I would have told you Obama in a landslide, but liberals are really shooting themselves in the foot. They are driving otherwise indifferent conservatives who would not have voted McCain to vote anti-Obama. CLASSIC WEDGE.

The biggest knock on Barack Obama is his lack of "political experience" so many were puzzled why McCain chose a first-term Alaskan governor as his running mate. A lot of pundits have called this a stupid move. I don't. It's counter intuitive, but brilliant.

The point I'm trying to make is that the "political experience" we perceive is all relative. Joe Biden and Hilary Clinton seem equally experienced because Barack Obama is the reference point. If you don't buy this argument, ask someone who works in consumer product pricing.

Sarah Palin's inexperience is an asset to John McCain because all of a sudden SHE is the "political experience" reference point.

John McCain > Barack Obama > Sarah Palin
In actuality, it's absurd to compare the political experience of a first term governor from Alaska to a first term Senator from Illinois. Regardless, people form a much clearer idea of experience as an issue and are more likely to take a side. COUNTER WEDGE.


What should you take from all this? Well, if you're like me and you support McCain on real issues but hate Sarah Palin and the political freak show, I don't know what to tell you.

I do take solace in the fact that the VP is merely a figurehead and the Republicans have a history of appointing some comically bad, politically expedient running mates. Think Quale, Cheney, Kemp. Al Gore didn't become Al Gore until years after the Clinton years were over. I'm afraid, but issues matter to me.

If you're an Obama supporter I urge you not to get caught up in Palin-mania. Of the many things I admire about Barack Obama his message of bringing people together and his refusal not to lower the level of discourse is probably the two that stand out. Yes, the Republicans shot the first bullet, but bear in mind, you have the choice not to fire back. Use it.

Posted by mundanelunacy at 4:04 AM